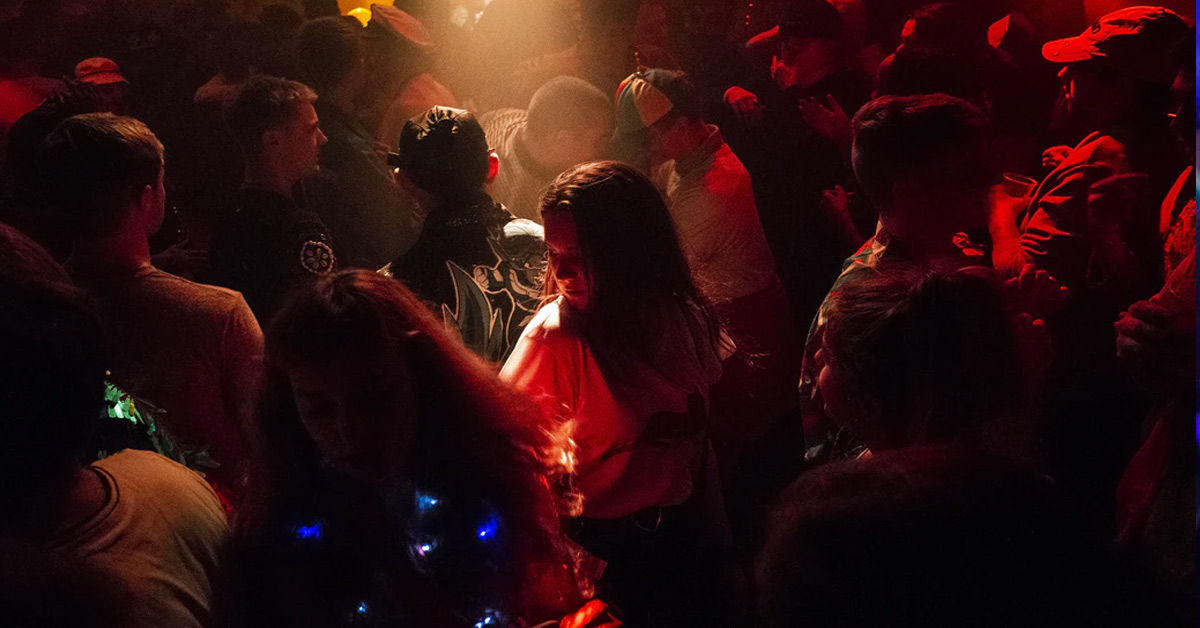 Student Prom (studentprom.com) is a participant in the Amazon Services LLC Associates Program, an affiliate advertising program designed to provide a means for sites to earn advertising fees by advertising and linking to Amazon.com. This site also participates in other affiliate programs and is compensated for referring traffic and business to them.

For many of us, high school is the most memorable years of our lives not only because we make a lot of different friends but also because we get to experience a lot of new things. When it comes to the experiences that tend to stay with us, our high school prom tends to live in our memories. But, for those who have been to prom, you might have noticed that people often grind whenever they are dancing. So, why is there so much grinding at prom?

There is so much grinding in prom because high school teenagers are still exploring their sexuality and are looking to have a chance to showcase his/her sexual attraction to another person. On top of that, the types of music that high school teenagers usually enjoy are the ones that allow them to let loose and feel sexual.

Grinding might not be the most appealing dance if you only look at it but it does have its own uniqueness, especially when paired with a moment such as a prom. And if you happen to be someone who is yet to experience prom, you should know more about what grinding is and why it is the most popular type of dance in proms and other types of high school dances.

What is grinding at high school dances?

High school prom may be all formal at the start especially when the school strictly follows the scheduled program. You may be on a prom date or you may be alone but you will begin to notice that the entire event will slowly and steadily become more informal as the night wears on. That’s when the fun begins.

As the night goes on and most of the teenagers at prom begin to let loose because of the moment (and sometimes due to alcoholic drinks illegal brought to the dance), you will notice how most of the high school students at prom will now begin to dance with one another especially when the music was able to set the mood right. At that moment, you will begin to see your fellow teenagers (and maybe even you) begin grinding.

For those who haven’t heard of the term, you might be wondering what in the world grinding is. Well, for starters, grinding is actually dance but not in the same formal level as other types of dances such as swing, salsa, and mambo. It is actually more of an informal dance that just happens out of nowhere.

Grinding is also known for other names such as juking and freak dancing. It is essentially a dance where two partners are in close contact with one another basically rubbing each other’s body against the other person’s. In most cases, grinding involves the female dancer facing against the male but is rubbing her behind (usually the buttocks area) against the front (usually the crotch area) of the male while the male puts his hands on the female’s waist area. Because of the constant rubbing that the partners to in close proximity, the term “grinding” was used to describe the dance.

Back in the 70s, a predecessor of grinding was popular. It was called “the bump”. The bump involves the two partners, during a dance, bumping each other’s buttocks against one another in certain stretches of the dance. But the difference between it and grinding is that grinding involves one person’s behind and the other person’s frontal area throughout the entire dance while the bump involves two person’s buttocks bumping one another in temporary contact only and not throughout the entire dance.

Today, grinding has been associated with hip-hop culture as one of the most popular dances done while hip-hop music is playing. It is usually done in most nightclubs, concerts, and any other event where recent hip-hop music is played. Of course, this includes high school and college dances and parties.

In that regard, you will almost always see people grinding in high school dances such as prom. But, because it has been branded as an explicit dance especially when you consider the close contact that is happening between the female buttocks and the male crotch, there are some schools that have attempted to ban it. Still, that does not change the fact that teenagers in high school are still grinding whenever possible especially at house parties and during prom.

Why is there so much grinding at prom?

With that considered, why is grinding so popular in prom and why do people grind so much whenever it’s prom in comparison to any other high school event? Well, there are a few reasons why that is so but what is believed to be the primary reason why grinding is so popular in high school proms is due to how the students are still at the height of exploring their sexuality.

At the age of 17 or 18, most high school students who are enjoying prom are still exploring their own individual sexualities and have strong sexual urges that they are still trying to make sense of. Due to the spike in hormonal activity in teenagers and because some of these students are still learning more about sexuality, they cannot help but try different things that allow them to express their sexual tendencies and urges in any way possible. Of course, dancing is part of how they try to express themselves sexually.

Prom is also the time where the stars seem to align for teenagers who are still exploring their sexuality. The timing is perfect because people tend to look at their best during prom while the best hip-hop music playing in the background is setting the mood. You also have to consider that prom is a once-in-a-lifetime opportunity for these students to let loose and enjoy the night. Because of that, grinding ensues and the entire event becomes a grindfest full of hormonal teenagers who are at the peak of their sexual urges.

It’s also a cultural thing, so to speak, as the rise of hip-hop music’s popularity among teenagers has given the students an opportunity to dance to the beats with any type of dance associated with the genre. Of course, grinding is one of the more popular dances that are often associated with hip-hop. So, it only follows that these teenagers would most likely grind especially when they are dancing with someone they are sexually attracted to.

When did grinding become a thing?

Grinding in high school prom and in other different events where hip-hop music is often played is not entirely a new thing because it has been around for decades already. While we cannot say for sure when grinding started, this article from 2001 shows that grinding (or freak dancing back then) was already being practiced by students in dances.

If it happened in 2001 and it wasn’t something new back then, it certainly must have started back in the 90s or even earlier than that because, let’s face it, a woman rubbing her buttocks against a male’s crotch isn’t really a move that is new or novel. It just so happened that something that is usually done in the privacy of the bedroom has become a dance that is done widely by teenagers and even young adults alike in dances, parties, and nightclubs.

How do you grind dance for prom?

So, if you are a high school student yet to experience prom and you want to prepare for the grindfest that is sure to come during your prom night especially if you are targeting someone you are attracted to, grinding isn’t something that you plan for or just suddenly do out of nowhere.

But, again, grinding isn’t something that you just do with a partner out of nowhere. Remember here that grinding is a dance that is often associated with sexuality. That means that the two partners must at least be sexually attracted to one another while the music in the background sets the mood.

In most cases, grinding happens organically as the partner’s dance in a non-explicit and sexual way but would eventually feel the sexual attraction between one another. From there, grinding can happen.

So, if you’re a guy who wants to grind with a girl you like during prom, make sure to set the mood first by actually asking the girl to dance with you. Try taking things in a non-sexual way first so as to not surprise and freak the girl out by suddenly grabbing her by the waist and then rubbing your crotch against her butt. Try to read the mood first while also setting it depending on the music and on the way you dance.

If you’re a woman, it might be a bit difficult to start things out because men usually do the first move when it comes to asking you for a dance. But if you are not afraid of asking a guy to dance with you and you, try to take things slowly at first before you start grinding when the music has put you in the mood and you have sensed some sort of sexual attraction brewing between you two.

Grinding isn’t something that you force but it’s something that just happens naturally. The more you do it in different dances and parties, the easier it will be for you to read the situation. 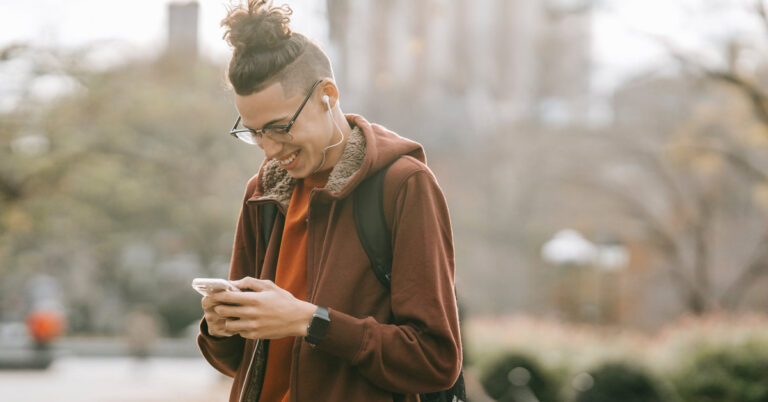 Student Prom (studentprom.com) is a participant in the Amazon Services LLC Associates Program, an affiliate advertising program designed to provide a means for sites to earn advertising fees by advertising and linking to Amazon.com. This site also participates in other affiliate programs and is compensated for referring traffic and business to them. No matter how… 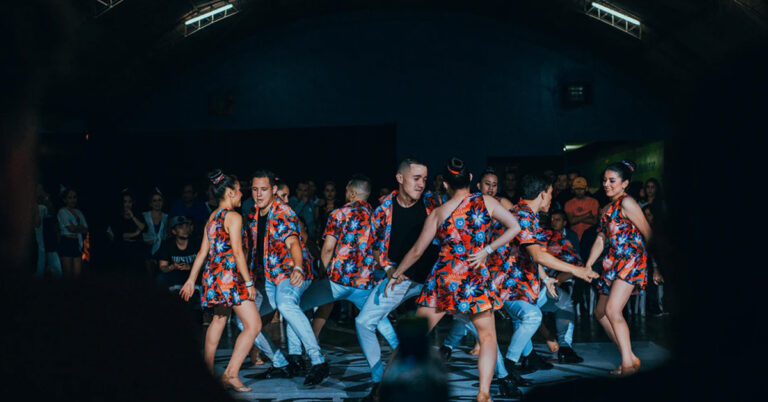 Student Prom (studentprom.com) is a participant in the Amazon Services LLC Associates Program, an affiliate advertising program designed to provide a means for sites to earn advertising fees by advertising and linking to Amazon.com. This site also participates in other affiliate programs and is compensated for referring traffic and business to them. Going to prom… 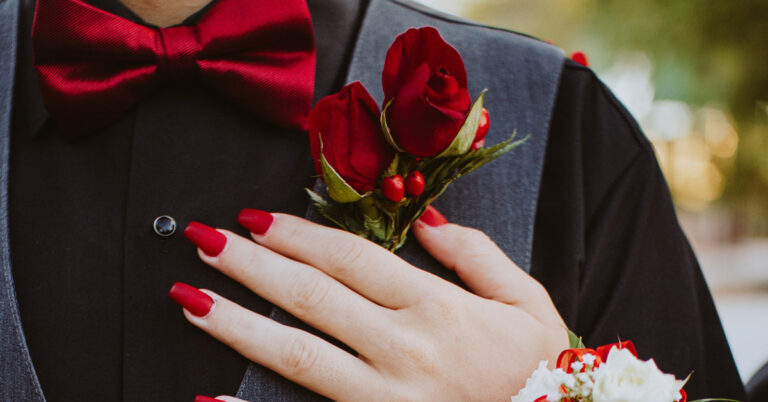 Student Prom (studentprom.com) is a participant in the Amazon Services LLC Associates Program, an affiliate advertising program designed to provide a means for sites to earn advertising fees by advertising and linking to Amazon.com. This site also participates in other affiliate programs and is compensated for referring traffic and business to them. The two most-awaited… 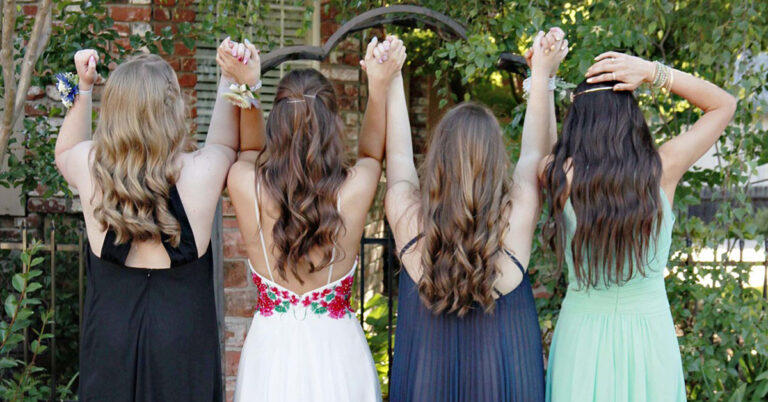 Student Prom (studentprom.com) is a participant in the Amazon Services LLC Associates Program, an affiliate advertising program designed to provide a means for sites to earn advertising fees by advertising and linking to Amazon.com. This site also participates in other affiliate programs and is compensated for referring traffic and business to them. A prom is… 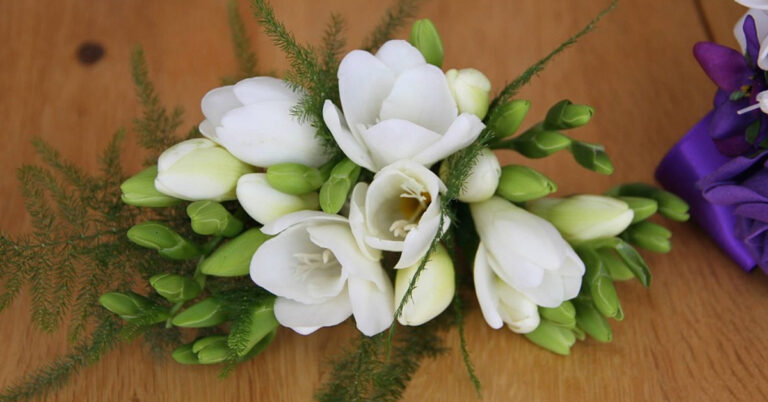 Student Prom (studentprom.com) is a participant in the Amazon Services LLC Associates Program, an affiliate advertising program designed to provide a means for sites to earn advertising fees by advertising and linking to Amazon.com. This site also participates in other affiliate programs and is compensated for referring traffic and business to them. Prom night. The…

Student Prom (studentprom.com) is a participant in the Amazon Services LLC Associates Program, an affiliate advertising program designed to provide a means for sites to earn advertising fees by advertising and linking to Amazon.com. This site also participates in other affiliate programs and is compensated for referring traffic and business to them. The Promenade Night,…